It’s just that we’ve been waiting so long that we’re like, “Pinch me, is this real? ” The company started transporting recreational marijuana products from its distribution center and moved products from the vaults of other House of Dank stores to the Fort Street dispensary late Tuesday afternoon after the dispensary received from the state of Michigan the final approval required to start selling recreational marijuana, according to Mike DiLaura, general counsel for the company.

You’re going to notice a great boom of products, he said, both today and throughout the weekend. “That’s what Detroit can actually expect. Nowadays, Michigan’s recreational market offers a far wider range of items than the state’s medicinal market.” The dispensary’s facade was covered with signage on Wednesday morning announcing that it sold Marijuana for recreational use. 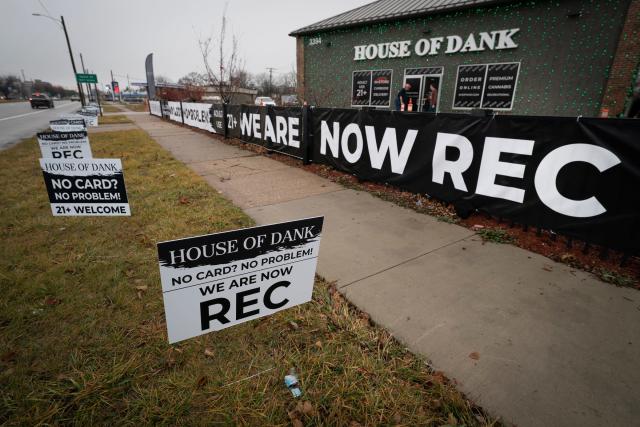 It took Detroit several months to draft a law allowing these enterprises in the neighborhood, but that ordinance was later deemed “likely illegal” by a federal judge, necessitating the creation of a new ordinance that likewise encountered numerous legal issues.

Detroit revealed which applicants would be granted a recreational marijuana license from the city in December after passing a crucial legal barrier late last month. Two of the 33 applications that qualified for a license as a recreational dispensary in the first round were House of Dank and DaCut.

For the first round’s 60 limited recreational marijuana licenses, Detroit received 90 applications. In the event that the City Council gives its consent, the second application process might start as early as the end of January. Up to 30 shop licenses, 20 microbusiness licenses, and 20 consumption lounge licenses may be granted in the second round by the city.

Wiz Khalifa Encourages Marijuana Use During the Pennsylvania Governor’s Inauguration Party, Despite the Fact that It Is Not Legal There

NYC lawmakers to ease off parents who use cannabis